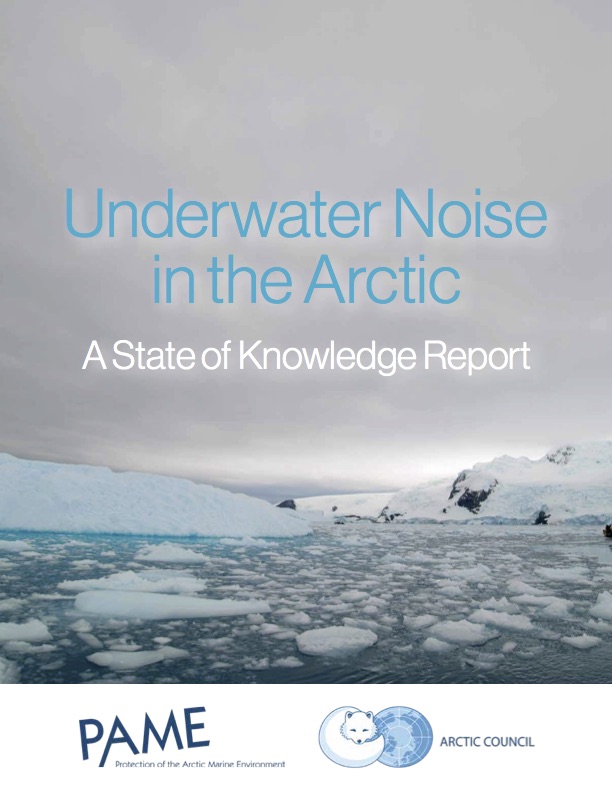 The Arctic region is a unique environment when it comes to underwater noise and the potential impacts that increasing noise levels could have on animals in the Arctic. There are a number of factors which contribute to its uniqueness compared to non-Arctic waters, including the sources of ambient sound, and how ice cover can affect sound propagation properties.

The Arctic is also home to a number of endemic marine species, many for which the making, hearing, and processing of sounds serve critical biological functions, including communication, foraging, navigation, and predator-avoidance. Most importantly, the culture and livelihoods of Indigenous Peoples in the Arctic depend on the continued health of marine mammals, to a greater degree than in other regions of the world.

Internationally, work is currently underway in numerous fora to better understand the impacts and identify ways to mitigate the effects of underwater noise, including at the IMO, IWC, and at the United Nations more generally. In the 2009 Arctic Marine Shipping Assessment (AMSA) PAME first identified the issue of underwater noise as one which required further focus in the Arctic context, finding that “sound is of vital biological importance to most, if not all, marine vertebrates and anthropogenic noise produced through shipping can have various adverse effects on Arctic species.” PAME subsequently recommended that Arctic States engage with relevant international organisations to further assess the effects of ship noise on marine mammals, and to consider developing and implementing mitigation strategies.

Underwater Noise in the Arctic - A state of Knowledge Report